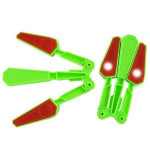 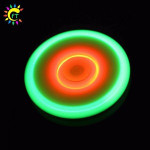 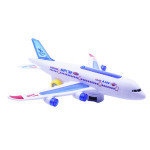 The import price of Light-Up Toys is based on the order quantity, Light-Up Toys FOB prices vary by the size of order, the capacity of seller dealing in Light-Up Toys and most importantly the importing country. There are over 23272 products from Toys & Hobbies listed on Tradewheel offering different FOB prices following the above criteria.

Light up toys are loved by the children of all ages. Babies, infants, toddlers all are attracted by the bright lights, by using this fact, light up toys are created for children, they are not only to entertain them but, also help them in instigating their learning capabilities. Variety of light up toys is present in the market, which not only makes the babies happy, but also a good spend of money. Here at TradeWheel, a wide range of business-to-business buyers and sellers of “light up toys” are available who can provide you what your customer demands and to have activity in a safe environment.

TradeWheel, a place where everything you need for you light up toys business is present, giving you an ultimate trade experience. This has made it easy for everyone in the light up toys business to interact and have a good relationship where they can have business deals or discuss prices. TradeWheel is an online marketplace, where all the producers, importers, exporters, bulk wholesalers, and bulk-sellers, deal in wide range of light-up toys. The list includes light drums for kids, fidget spinners, LED wands, LED light up swords, LED bright balloons, bright night globes, star night lamps, LED light toy guns, car and vehicle toys with lighting features. Light-up bath toys, Light-up Disney characters, Light up gears, laser light toys, a wide range of Glow in the dark toys, Glow sticks, glow bands, and baby toys with light features are also present.

TradeWheel- Supplying light up toys around the globe

Exporters, importers, online sellers from around the world are united at TradeWheel providing best quality light up toys products and offer the best rates to a large number of purchasers from all around the world. Many small scale or large-scale businesses dealing in light up toys have joined hands with TradeWheel due to its acceptance in a wide range of the purchasers globally. Now is the time, come and be the part TradeWheel and ride along to the journey of your business success with us.