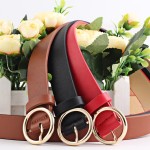 As it is righteously said, accessories are more impactful than the apparel itself. One of the most important accessories which add an oomph of elegance and class to any outfit is a belt. Belts are always a rage in terms of fashion, trends, and vogue are usually filled with insane varieties of belts tempting people to buy them. Some people are collectors of belts and have a very religious fetish for it, making them spend tons of money on various kinds of belts. Belts are not a luxury; it identifies with the personality of a person, the classier, sophisticated and fashion appropriate the belt is the more elegant the entire of the apparel will be. Hence people take their belts quite seriously. As straps are such a compulsion, people buy them in stacks and even invest in such belts which will last them quite some time hence increasing the demands for belts to another level. TradeWheel has gathered suppliers, manufacturers, wholesalers, vendors, and dealers of belts on to a single platform where they create and nurture symbiotic relationships, exchange ideas, negotiate prices and strike business deals which result in tremendous profits for both parties. From leather belts, faux leather belts, fancy buckle belts to braided belts, printed rubber belts, patterned belts, automatic buckle belts, funky colored belts, these and a zillion of more such products suppliers and traders can be found on TradeWheel.

TradeWheel lets your product reach to every corner of this planer

TradeWheel has created a global village of traders, manufacturers, wholesalers, and veterans of this industry which has led to a lot of budding business people and entrepreneur derive guidance, form ideas and create business opportunities for themselves. This platform has proven magical and highly beneficial for so many people, and it can do the same for you, so get going as your success awaits you.