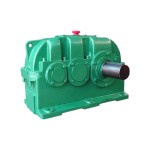 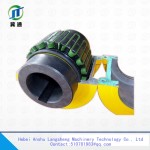 What is power transmission? Simply put, it is the transference of energy from one point to another. Usually, the first point is where the energy is being generated and the second point is where the electricity is needed to perform some kind of work. The devices that are used to transmit power or energy are called power transmission devices. Power is transmitted from one part to the other with the help of belts, chains, and gears. Belts are used to cover the distance between the two shafts. Chains are used for intermediate distances and gears are used when the two shafts are very close to each other. This kind of transmission is called a positive drive as there is little chance of energy loss. The greater the distance, the greater the energy loss. For belts, the friction between those belts and pulleys is used to transmit energy or power.

Get connected with power transmission parts traders at TradeWheel:

The export quality Power Transmission Parts and many more are available for bulk purchase at TradeWheel.com, your one stop shop for all your buying needs. Whether you are an independent buyer or an importer for a business, TradeWheel has all the products that you are looking for. We carry items from only the most trusted of Power Transmission Parts manufacturers. Your trust and satisfaction is very valuable to us. The sellers on our site are the top-notch names of the power industry, and will go far and beyond to satiate your demands.

If you belong to the power transmission parts wholesaling or retailing industry, then look no further as TradeWheel is the only platform with the international exposure your business needs. We have millions of daily visitors who are looking through the products showcased on our site in search for their desired products. Join us and get the business deal you wish for!