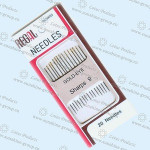 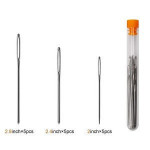 The import price of Sewing Needles is based on the order quantity, Sewing Needles FOB prices vary by the size of order, the capacity of seller dealing in Sewing Needles and most importantly the importing country. There are over 43513 products from Apparel listed on Tradewheel offering different FOB prices following the above criteria.

Get the full range of Sewing Needles from our bulk suppliers and manufactures:

We offer you the best rates in bulk extent and premium quality. Tradewheel is the leading B2B platform which allows outstanding deals to boost your trade. We have the mainstream targeted purchasers from different regions of the world. So whether you have a small business or an enormous one our platform allows you to get a chance to magnify your supplies around the world. Our secure transaction options give ease to execute payments safely and speedily.