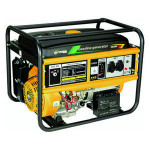 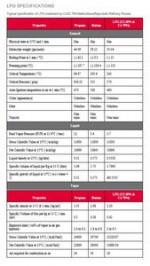 Tradewheel has over 27 products from Gasoline category. We have numerous exporters & suppliers of quality Gasoline from China, Russian Federation, South Africa. A few of the top companies offering Gasoline on our B2B platform are: Kala Marketing HK Liaison from Hong Kong, GREENCONCEPT VZW from Belgium, ESPROENKO LLC from Russian Federation. Moreover, you can also find a list of sellers and exporters dealing in Diesel Fuel, Jet Fuel, Kerosene from numerous countries.

The import price of Gasoline is based on the order quantity, Gasoline FOB prices vary by the size of order, the capacity of seller dealing in Gasoline and most importantly the importing country. There are over 6537 products from Energy listed on Tradewheel offering different FOB prices following the above criteria.

The modernizations and advancements of the 21st century continue to pave the road toward a future where there are no limits to what a business person can achieve, provided he/she takes the right steps. For instance, you can keep on buying fuel from domestic producers or get in touch with internationally acclaimed suppliers through TradeWheel.com, a renowned B2B portal. We allow you to effectively communicate with retailers and wholesalers of premium quality petrol. The distributors we cater to undoubtedly supply superior products at surprisingly affordable rates. They can easily fulfill your unique demands and requirements while making timely deliveries as promised. TradeWheel.com acts as a channel through which you can efficiently hold online meetings, negotiate the prices, and finalize profitable deals with the sellers within a short period.

Let’s Have A Brief Discussion About Gasoline

Most of the vehicles, industrial equipment, and other items with internal combustion engines require this to work. It is vital to not confuse this item with diesel fuel as they both have varying physical and chemical properties. It is used in cars, aircraft, motorcycles, trucks, recreational vehicles, and boats. Moreover, the tools and machines used in activities like landscaping, forestry, mining, construction, and farming also need gasoline. It is produced with the help of crude oil and a bunch of additional petroleum fluids. The electricity generators often utilized on various occasions also use this fuel. As far as its appearance is concerned, it comes in amber, white or clear color.

Use Our Guidance To Spend Your Hard-Earned Investments

Being operational within the globalized B2B trade sector for a long time, the personnel at TradeWheel.com understands your objective of earning increasing returns against every penny spent on procuring fuel. Not only do we provide a list of promising exporters of petrol and other types of fuel but we also give useful recommendations. Our guidance is based on assessing and analyzing the offers you receive from the sellers. We guide you to realize which deals are suitable as per your goals and which ones are not. In addition to this, our representatives are capable of speaking multiple languages and they can communicate on your behalf with the foreign suppliers. Tradewheel.com functions without any barriers of region and time zone. Choosing us means taking a road with zero obstacles and uncertainties while enjoying favorable outcomes in the short and long run.