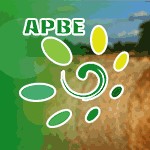 Biomass Energy Exhibition, is a sizeable and influential exhibition in Asian- Pacific region and regarded as a global

in 2014 and 230 ones in 2018,the quality,scale, serviceall have been improved with the support of government,

media, associations and so on.

The participation of nearly 200 brands such as Kingwood, the golden sponsor, Anhui Huantai, the silver sponsor, ANDRITZ,

BANDIT,Polytechnik, etc. and relevant enterprises and the perfect shows of biomass energy equipment and technology have

attracted negotiations at home and abroad, promoted the cooperation atmosphere and industrial development.