Tombstones and Monuments Manufacturers and Suppliers

Tombstones and Monuments Manufacturers and Suppliers Made in China tombstone vases tombstone accessories with bottom price

Purchase all sorts of tombstones and monuments in bulk

But what is a tombstone?

A tombstone is a marker placed over a grave to know whose grave it is. They are traditional in many religions including Islam, Christianity, Jewism among others. There is a lot of stuff written on tombstones but in most cases, they carry the name of the deceased, date of birth, date of death and some kind of personal message or prayer or a quote from some scripture.

But nowadays, tombstones also carry pieces of art and even monuments. Some graves have the entire family tree of the family to show how far back the family goes. Some tombstones are marked by the achievements of the person lying in it. National heroes might have the flag of the country on their tombstones.

And what are monuments?

Monuments are 3d structures used to celebrate or remember people or events which are relevant to someone or some group of people. Graves have been known to be decorated with monuments of angels, or some religious figure or symbol. They are a symbol of mourning and remembrance. Most often, the monument tells the faith of the deceased. Or it could hint at the wealth or status that the deceased had enjoyed while he was alive.

What are they made from?

Although, in the beginning, only fieldstones were used to mark the graves, times have truly changed. Now tombstones are being made from granite, marble or limestone, sandstone, slate, iron, wood or bronze.

Why buy from TradeWheel?

At TradeWheel, it is our pride to serve you with the very best of supplies from our trusted companies and suppliers. We ensure the trustworthiness of the supplying companies to make sure that you have a hassle-free experience. TradeWheel is your answer to all your purchasing needs. 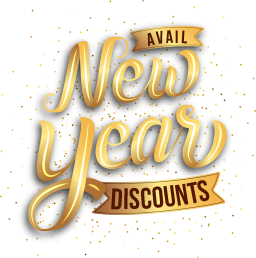