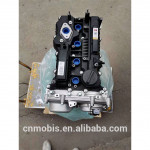 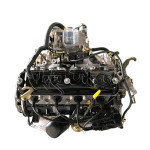 The import price of Engine Assembly is based on the order quantity, Engine Assembly FOB prices vary by the size of order, the capacity of seller dealing in Engine Assembly and most importantly the importing country. There are over 50595 products from Automobiles & Motorcycles listed on Tradewheel offering different FOB prices following the above criteria.

If you are one of the car enthusiasts and looking for best quality Engine Assembly manufacturer and supplier offering their products at whole sale prices, then you have landed on the right page. Here at TradeWheel you can find top quality manufacturer and supplier of Engine Assembly. The product available at TradeWheel are of the best quality and can be customized according to demands. You can find a wide range of original and aftermarket parts for Cummins engine, including Cylinder Blocks, Cylinder Heads, Pistons, Ring Sets, Pumps, Gaskets and Engine Overhaul Kits etc. As the largest online B2B platform, we supply high quality and competitive price PT fuel pump and injector.

TradeWheel is here to fulfill all your product needs at whole sale prices. You can find largest and diverse range of products to choose from. So this is your chance to sign up for free and start trading at global level.