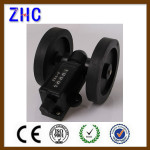 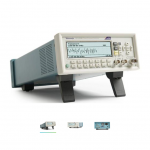 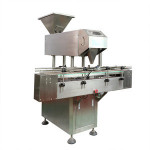 Tradewheel has over 198 products from Counters category. We have numerous exporters & suppliers of quality Counters from China, Taiwan, India. A few of the top companies offering Counters on our B2B platform are: Ningbo Scientz Biotechnology Co., Ltd. from China, Wenzhou Giant Elec.appliances Co., Ltd from China, Guangzhou Tmcon Electronic Technology Co., Ltd. from China. Moreover, you can also find a list of sellers and exporters dealing in Analyzers, Electrical Instruments, Electronic Measuring Instruments from numerous countries.

The import price of Counters is based on the order quantity, Counters FOB prices vary by the size of order, the capacity of seller dealing in Counters and most importantly the importing country. There are over 18137 products from Measurement & Analysis Instruments listed on Tradewheel offering different FOB prices following the above criteria.

Purchase Counters in Bulk at TradeWheel -

There are different kinds of electronic components which when combined make an amazing electronic circuit. Some components in a PCB board that we often see include operational amplifiers, integrated circuit chips, power supplies, transformers, cooling fan, timers and counters.

Do you know about Digital and Analogue Signals?

Initially, circuits used to operate on analog signals but as time passed circuits were designed in a way that digital signals were used. We have moved from analog to digital. And like watches, timers are used in certain equipment - even computing systems. Whether it is an analogue system or a digital system, counters play an important role in equipment.

What is a Counter and how is it constructed?

A counter is a device that counts and stores the number of times an event has taken place. In digital signals, there is a clock whose function is to keep generating the signals on a certain frequency. You increase the clock, the frequency of signals increase and vice versa. The counters are constructed by cascading couple of flip flops. Flip flops are transistors joined together to store values. The flip flops can either be level-triggered or edge triggered.

Design engineers realize how every component in a PCB matter. In order to have precise equipment, it is necessary for the parts used to be of high quality. We at TradeWheel ensure that we connect you to suppliers who deal with counters in bulk. Our rates are reasonable and all our suppliers are trustworthy and ISO certified ensuring the quality of their products.